Average Commute Time by City: Which Cities Have the Longest Commute?

For many American workers, the commute to and from work is one of the most frustrating parts of the day. Nobody likes being stuck in traffic, especially after a long day of work. This is why commute time often factors into where people choose to live and work.

So, what is the average commute time in major cities in the United States? We’ll show you which cities have the longest and shortest commutes, plus average travel times. And if you’re not currently happy with your commute we’ll give you a few tips to help you make it shorter.

Which Major American Cities Have the Longest Commute? 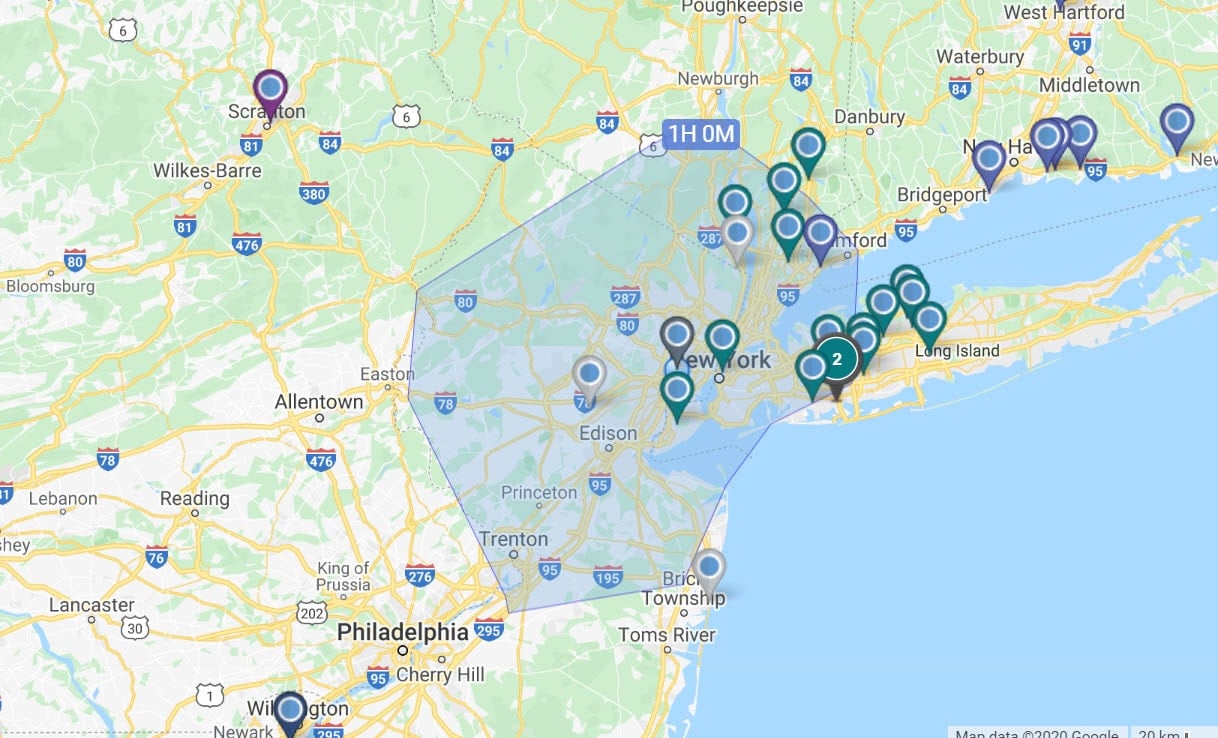 No real surprises here, with New York City clocking in with the worst commute. except maybe that Los Angeles, America’s second most populated city, doesn’t appear higher on this list. Many of these cities have larger metropolitan areas, so mean commute times include those who live in the suburbs and those who choose to live closer to work in the city. But, for the most part, if you want to live in or near one of the country’s busiest and most populated cities you’ll have to deal with a longer commute.

Which Major American Cities Have the Shortest Commute?

Buffalo and Columbus may not be the warmest cities, but the data shows that when it comes to average commute time by city they’re hard to beat, with commutes of around 20 minutes. And if you’re partial to warmer weather, Las Vegas, Virginia Beach, San Diego, and West Palm Beach also offer shorter estimated commutes.

How to Shorten Your Commute

It doesn’t matter how long your commute is: you probably wish the average time it takes you to get to work was shorter. Here are a few tips to shorten your commute so you can spend less time in traffic and more time at home.

Most people start work around 9 AM, which means the majority of metro areas experience the worst traffic between 8 AM and 9 AM. So, if you leave earlier you may be able to avoid the busiest times.

If you have a particularly bad commute, speak to your boss and see if you can start work a little earlier. It may also mean you can leave earlier. Even if that’s not the case, you may find it’s better to be at work for a few additional hours than being stuck in traffic.

Traffic congestion doesn’t usually affect bicyclists, so if the traffic is particularly bad on your way to work you may find biking is faster. Biking to work has a number of additional benefits. Consider the money you will save on your annual fuel costs and car maintenance. Biking also reduces carbon emissions, helps you get additional exercise, and can be quite enjoyable.

If your city has a good public transit system then this could be another option for you. Depending on where you work, a subway may get you to work quicker than your car, especially during rush hour. Even buses can be more efficient, especially if there are bus lanes that allow them to avoid traffic.

The most efficient route to and from work is often via a highway. But since most people commute at the same time in U.S. cities, the flow of traffic often comes to a halt.

Look at a map and see if there are any alternate routes or back roads you can take that will help you avoid traffic jams on the highways. These routes can get congested as well during busier times, but it’s usually not as bad as the main routes. 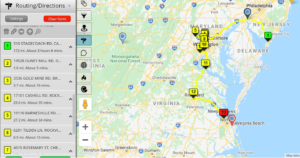 Mapping software has become advanced, especially when it comes to route planning. For example, Maptive can optimize routes between multiple locations. This is especially advantageous for sales reps, real estate agents, and anyone whose commute might consist of more than just a simple drive from one location to another.

If you’re an employer and your business has multiple locations you may also want to consider using a radius tool to help reduce your employees’ daily commutes. By plotting each employee’s location on a map and creating a driving radius around them you can determine which of your locations are within reasonable driving distance for each of them.

This can help ensure that your team members are always working at a location close to them, which will help them cut down on their driving time.

Average Driving Time by City: Should You Be Concerned About It?

This question really depends on your preferences. Some people are willing to accept a job that pays more even if the commute is long. Others may accept a pay cut to avoid a bad commute. It’s up to you.

If you’re stuck in a long commute, consider the tips above. You may be surprised to learn that a few small changes in your routine can reduce the amount of time you spend in traffic.