Data visualizations are used by journalists, academic researchers, corporations and others to make information come to life. When the creator of a data visualization hits just the right notes, the visualization becomes eminently shareable — a piece of content that gains traction on social media and other promotional channels.

That first point above — choose the right type of visualization — is the most important step. As you consider the best data visualization examples in 2022 and beyond, here’s a gallery of different types of visualizations that have recently captured the imagination and attracted large audiences.

What websites get the most traffic worldwide? A bubble chart like this one is perfect for conveying the relative size of different site’s audiences. Also, the creator of this bubble chart included a smaller bar chart within the larger visualization to share the industries that top sites operate within. 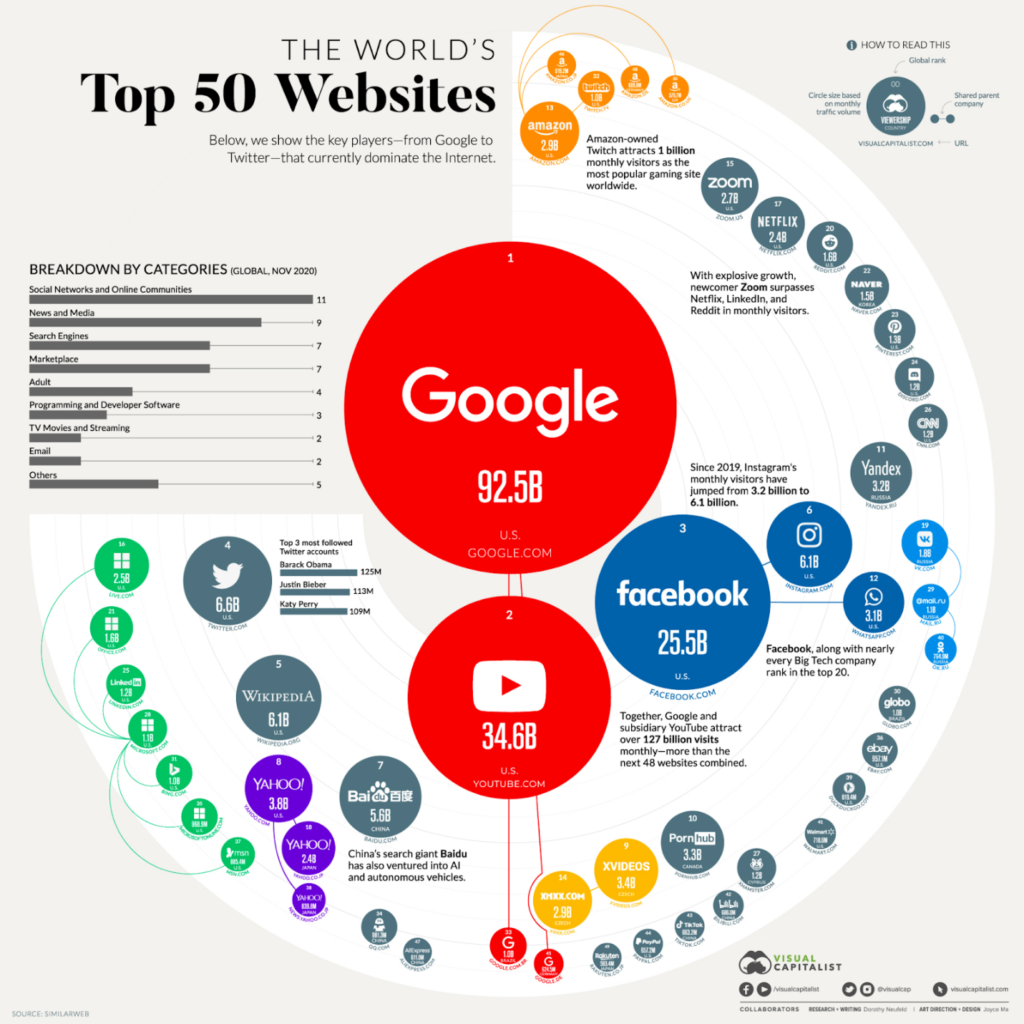 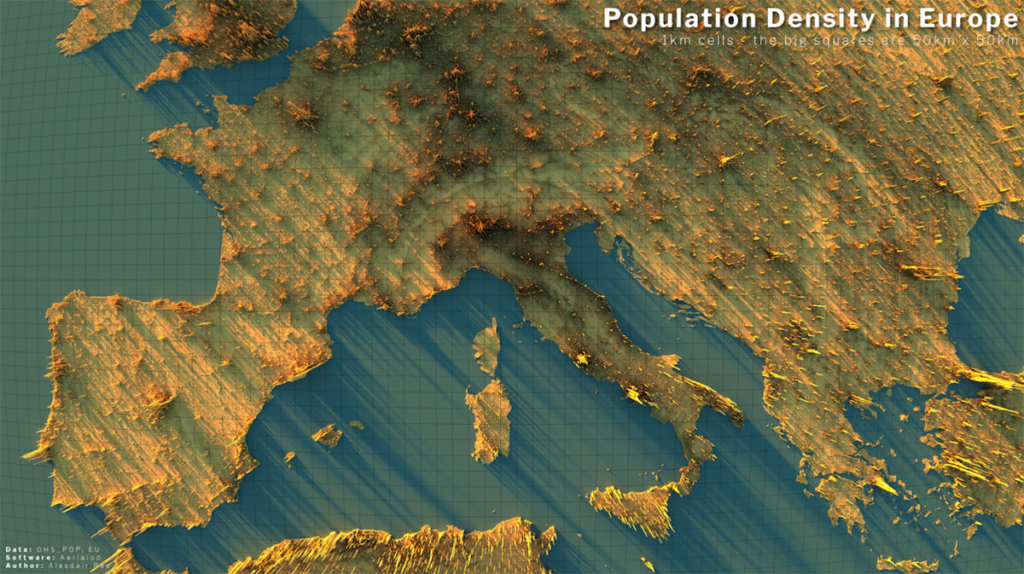 What should be the role of government in everyday people’s lives? The question has been asked for centuries. And, while there’s significant disagreement on how to answer this question, a scatter plot visualization lets anyone explore how different nations approach governance in the modern age.

Since summer 1977, movie-goers of all ages have been entranced by the Stars Wars saga. The 9 episodes that comprise the saga have included countless good guys, bad guys and guys somewhere in between. Kirell Benzi beautifully captured the interactions of these many characters in The Dark Side and the Light, a visualization that is informational and pleasing to look at. 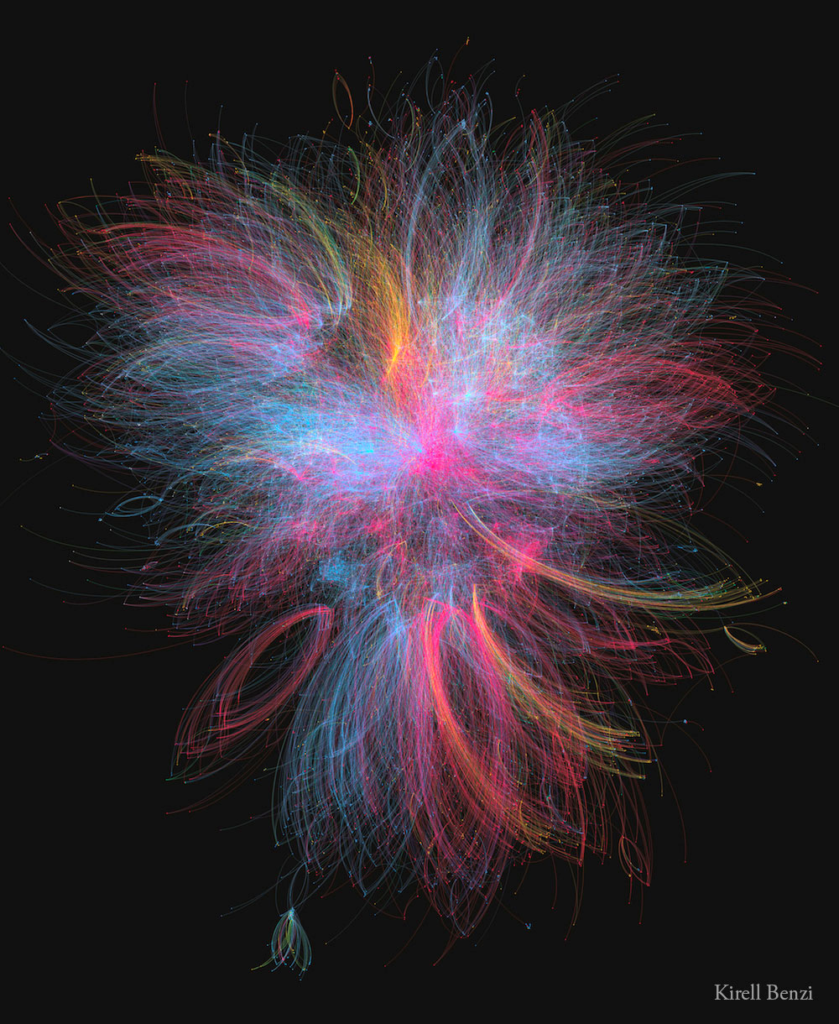 COVID-19 has been on the world’s mind since early in 2020 when the virus started circling the globe. This video from Tectonix GEO provides a heat map that demonstrates the risk of ignoring social distancing. Based on data from Outlogic, this heat map shows how spring breakers in Fort Lauderdale helped spread the virus around the nation. 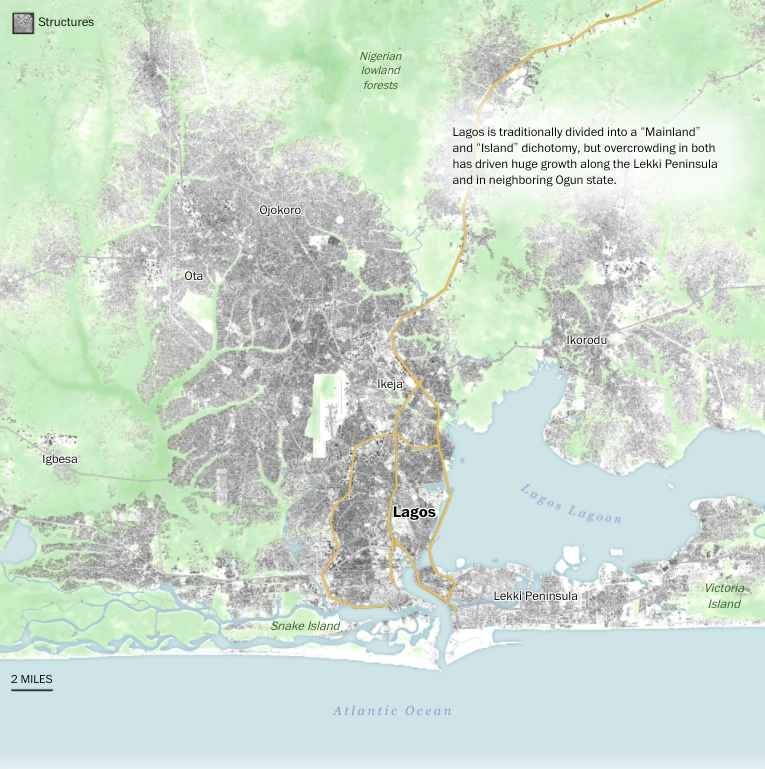 While COVID-19 has been top of mind throughout 2020, 2021, and even into 2022, world history is full of similar pandemics. This infographic takes viewers on a visual journey through the centuries, allowing them to discover the worst pandemics to strike the planet.

In 2021, a cargo ship became stuck in the Suez Canal, stopping traffic through one of the world’s most important passages. How hard can it be to steer a cargo ship through a canal? This interactive visualization from CNN lets audience members try for themselves.

What becomes of the homeless population when they are given plane or bus tickets out of town? The Guardian explored where individuals end up going, and the piece includes several striking data visualizations. This distribution chart demonstrates how the homeless are often relocated to areas with lower median incomes. 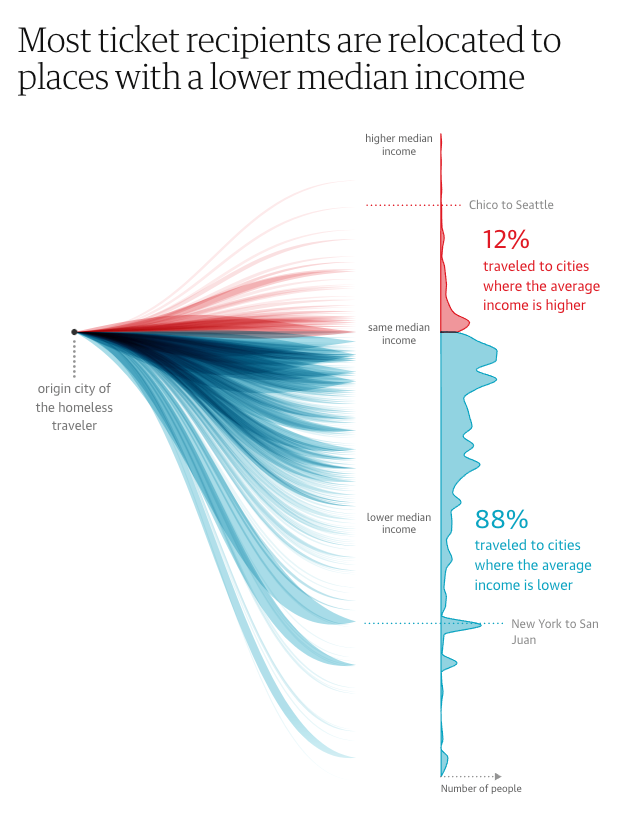 How do Americans spend their time? This animated unit visualization is based on data from the American Time Use Survey, and it conveys in time-elapse fashion what people are generally doing at different times of the day. 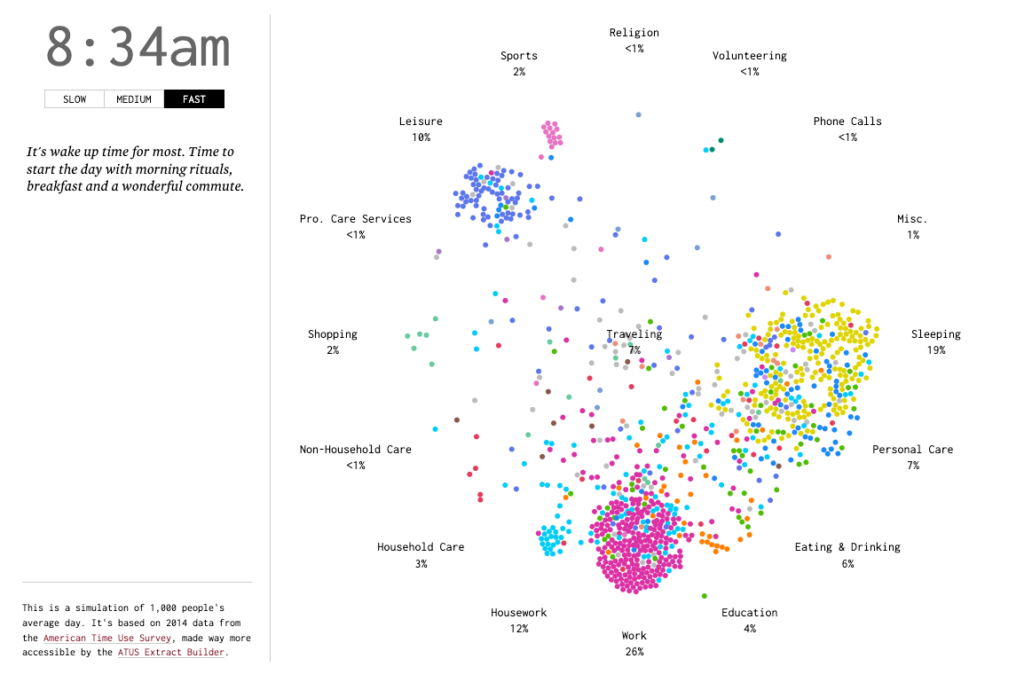 Wind holds the power to create energy and to destroy cities. These wind map visualizations share how the wind typically moves around us at any given time. While the data visualizations are meant to provide basic meteorological information, the maps are collectively a beautiful homage to the power of nature. 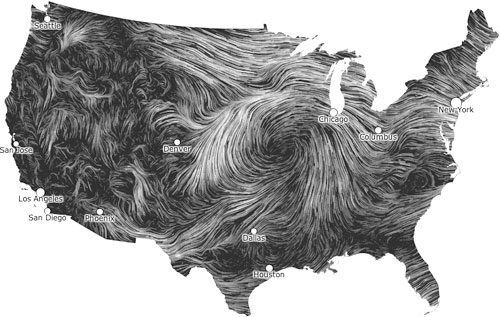 What’s the best way to stay overnight at national parks in the United States? Let data visualizations make recommendations for you. These radar chart visualizations help viewers better understand how national park visitors traditionally spend the night during certain times of the year. 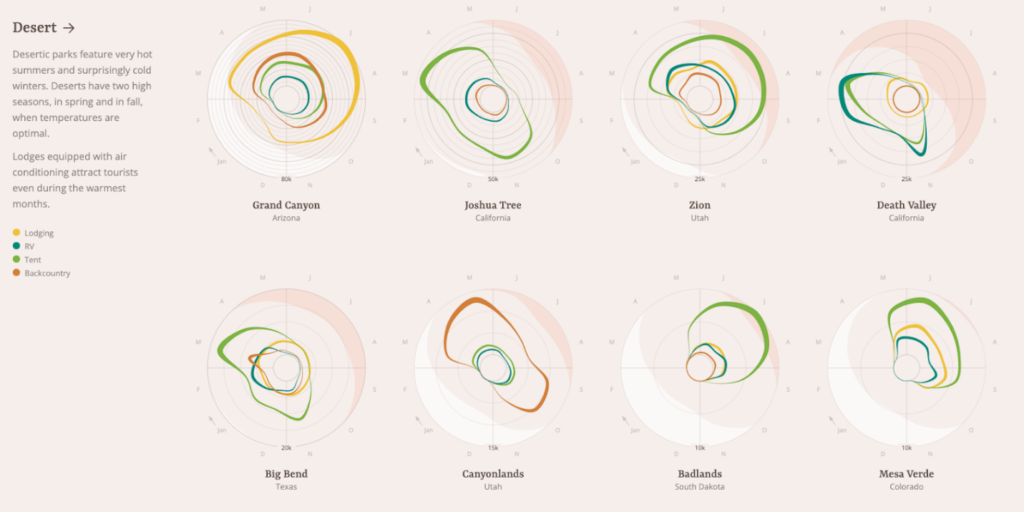 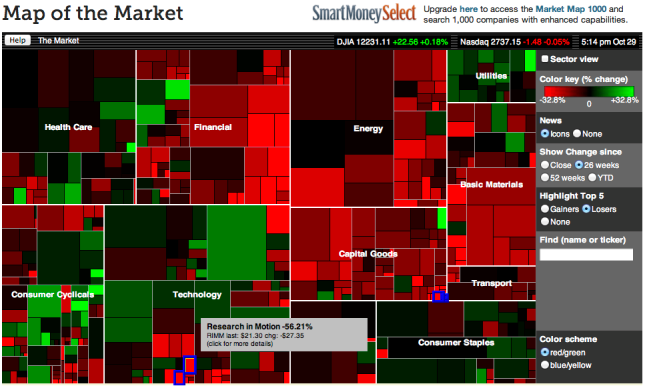 Alluvial chart visualizations are helpful when exploring how proportions change over time. For example, this visualization of 200 years of immigration to the United States shows how the proportion of immigrants from different parts of the world has changed through the years. 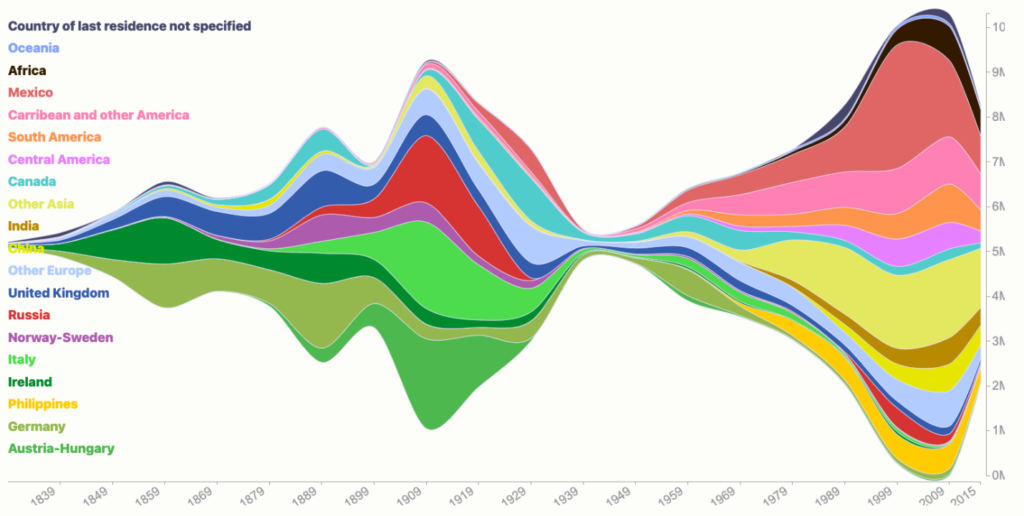 The Great Recession continues to impact the American economy. The New York Times used data visualization, including several informative line charts, to demonstrate how the economic crisis has reshaped industries and the jobs that are available more than a decade after the Great Recession.

It seems COVID-19 greatly influenced data visualization creators in the past 2 years. One of the most interesting COVID-19-related data visualizations is this flow chart created by Reuters that shares how viruses move from different bat species to other animals and then to humans. 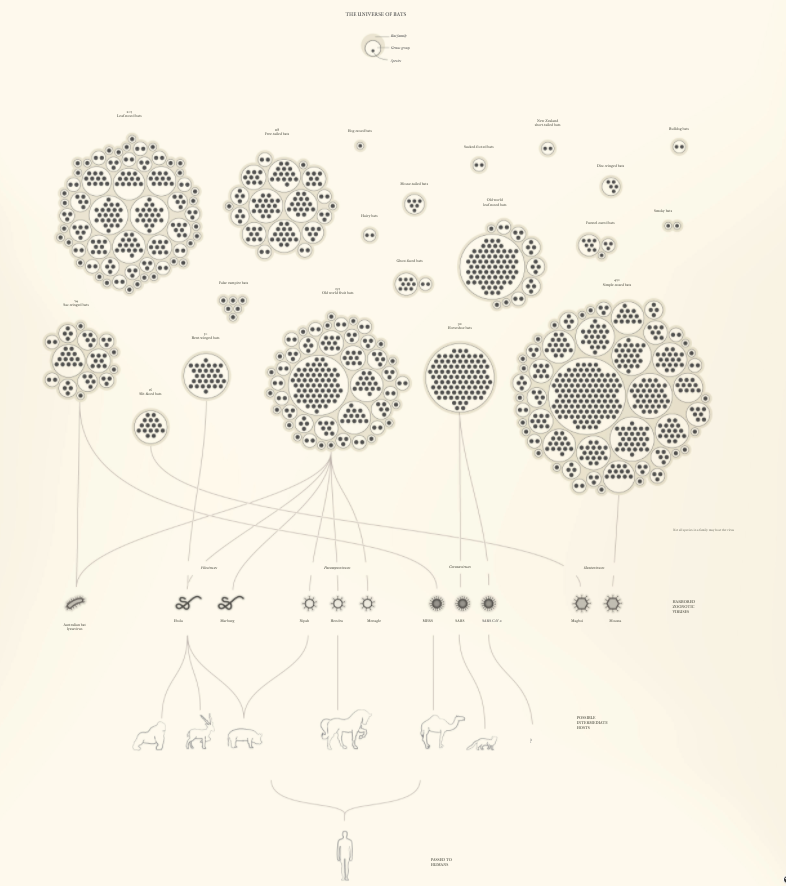 Where does a raindrop in any portion of the United States finally end up? This fun motion graphic visualization lets you choose the exact place of rainfall, and then it takes you on an adventure to where the raindrop meets its final resting place.

Heads of government around the world have a profound influence on global events and history. This timeline visualization provides details on who has led the world’s largest and most important nations, as well as information on whom world leaders have led alongside. 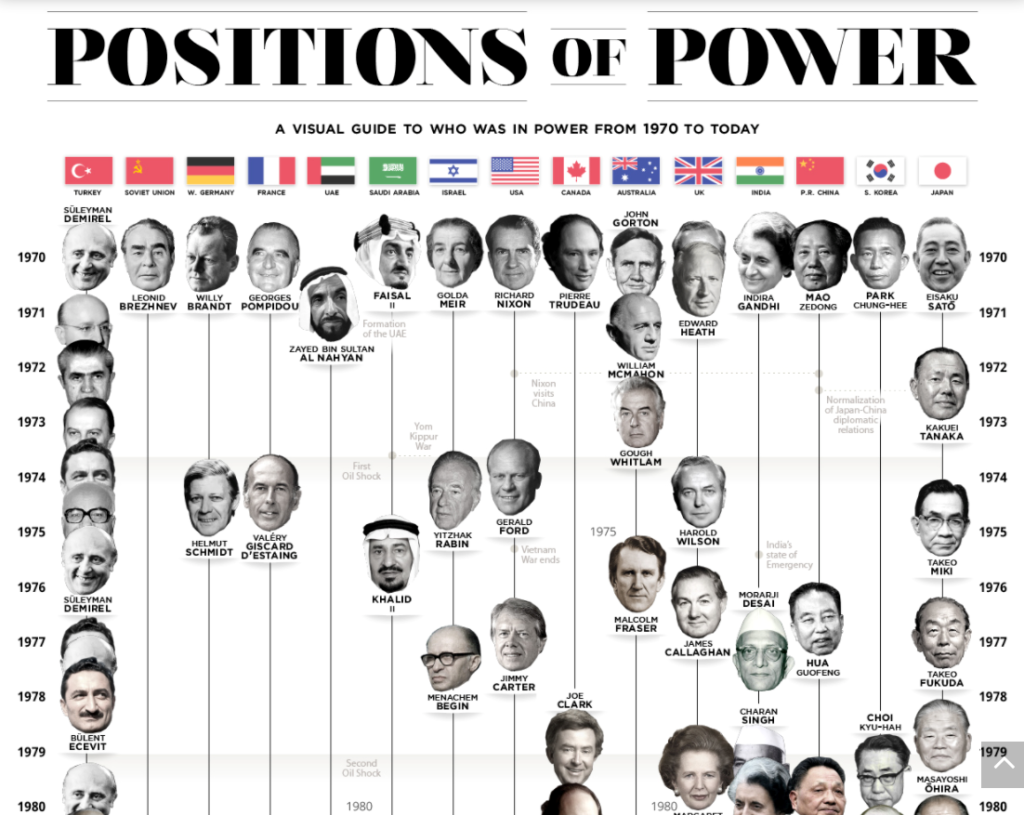 How many millions of lines of code are included in different codebases? This elegant bar graph conveys the information at a glance. When you’re working with data that reaches into the millions of millions, this type of data visualization helps you break things down into a more easily digestible graphic. 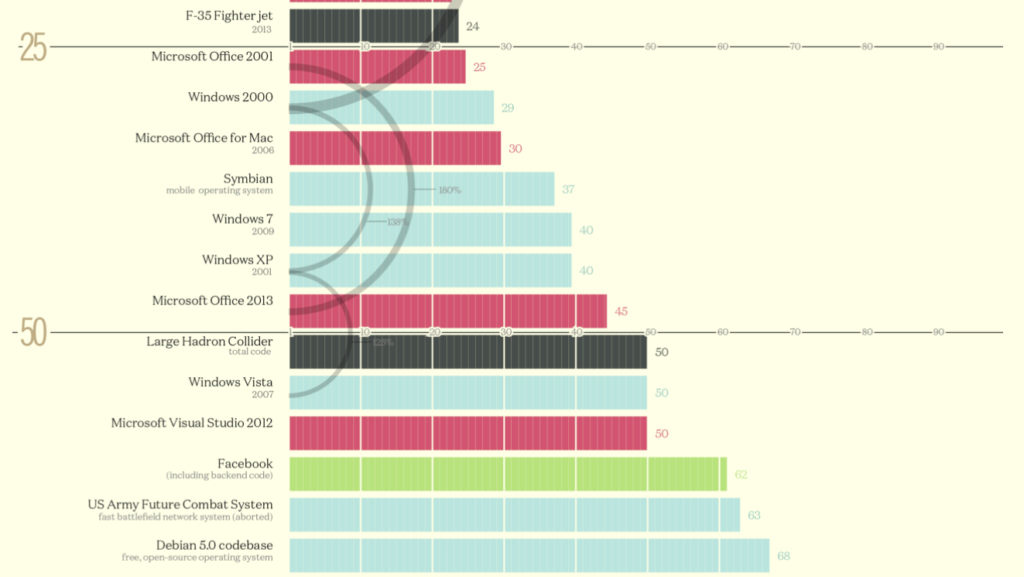 You likely know that certain foods pair better with certain wines than others. But few people have committed to memory exactly what food-wine pairings work best. This table visualization perfectly captures the best pairings for easy reference when you’re entertaining or otherwise trying to piece together a menu. 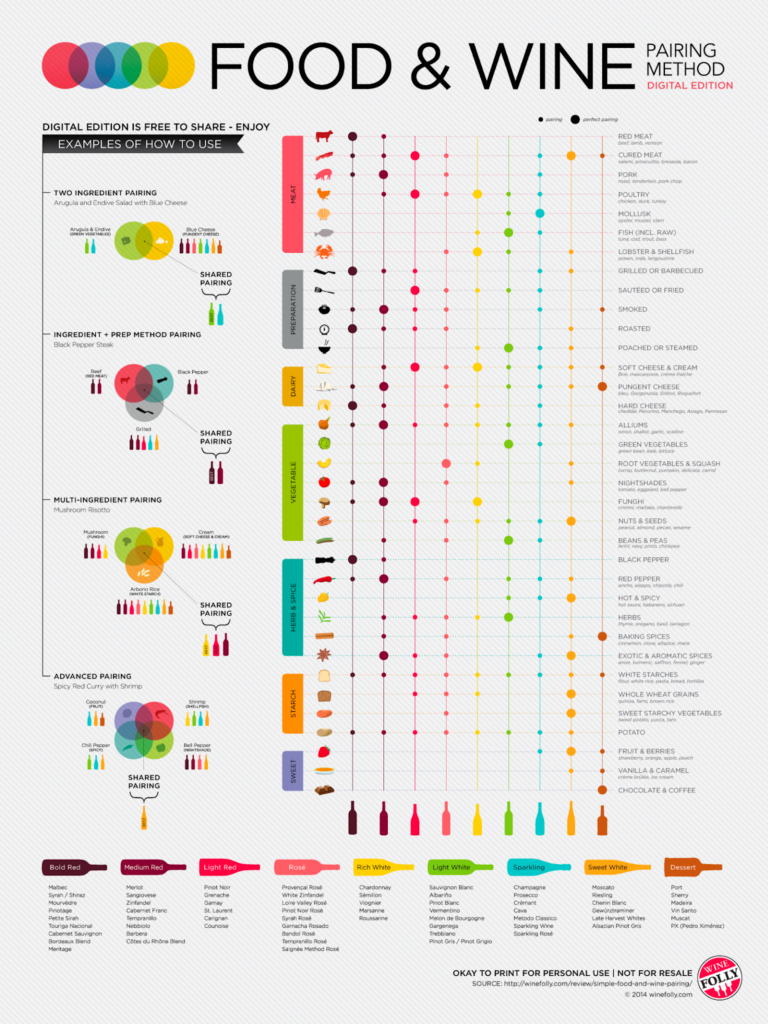 Diets around the world have varied greatly by location and date. This donut chart visualization lets you explore different countries during different time periods to see exactly what people were eating. What are the Best Tools for Creating Data Visualizations?

What Could Data Visualization Mean for You?

Data visualization is one of the best, most effective ways to build your ideas or research into a powerful image that resonates with a target audience. Visualizations are helpful in academia and in journalism, but they can be just as powerful for startups and other companies that need to get their messages across quickly and clearly.

How to Enter Latitude and Longitude on Google Maps

How to Map Employee Locations